Located in Edinburgh’s historic old town, the Macdonald Holyrood Hotel is just a few minutes’ walk from the Royal Mile and its location makes it the ideal base for exploring this fascinating city. The hotel features 157 elegant guestrooms, while guests can avail of the luxurious spa and enjoy a meal at the Surf & Turf Holyrood or sample a cocktail or two in the trendy bar. Many groups round off their trip with a stay in Edinburgh and take in the likes of Edinburgh Castle and Palace of Holyroodhouse, along with a visit to the National Portrait Gallery or the National Museum of Scotland. With parking available, this is the ideal option for combining local sightseeing with golf at the likes of Gullane, North Berwick, Muirfield and Dunbar on the Lothian coastline. 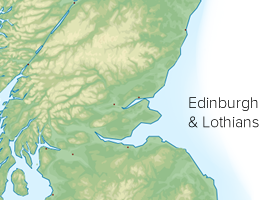 Great golf is only part of the story when considering what makes the perfect golf trip. Thankfully the other essential components are all found in abundance in Scotland, not least in the sights to see department. Whether scheduling a day off from golf or filling an afternoon after your morning round, there are many options regardless of which region you are visiting. The below is intended as a very general guide to sightseeing in Edinburgh and the Lothians. 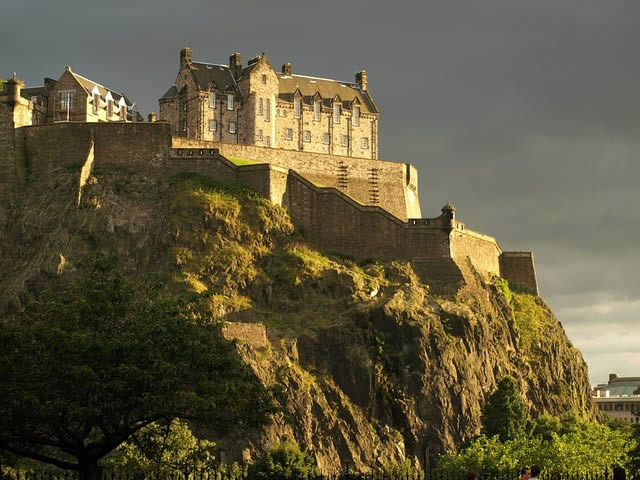 Central to your time in this region is the wonderful and historic city of Edinburgh. Whether you are staying in the city itself or on the East Lothian coastline, Edinburgh is sure to be one of the highlights of your trip. Not to be missed is a visit to Edinburgh Castle (pictured above), with its many highlights including the Great Hall, Royal Palace, National War Museum, Stone of Destiny and Scottish Crown Jewels. Other attractions in Edinburgh include the Royal Yacht Britannia, National Museum of Scotland, National Gallery of Scotland, the Scotch Whisky Experience; and the official Scottish residence of the Queen at the Palace of Holyroodhouse.

To the east of Edinburgh, the Lothians landscape is dotted with castles, each one telling its own tales of bygone days. These include medieval Dirleton Castle in the village of Dirleton and the imposing Tantallon Castle in North Berwick, which stands perched in the most dramatic of cliff-top settings. Other attractions in the Lothians include Dunbar Town House Museum & Gallery in the town of Dunbar, the 17th Century House of Binns near Linlithgow, Glenkinchie Distillery and the impressive ruins of Linlithgow Palace, the birthplace of Mary Queen of Scots in 1542.